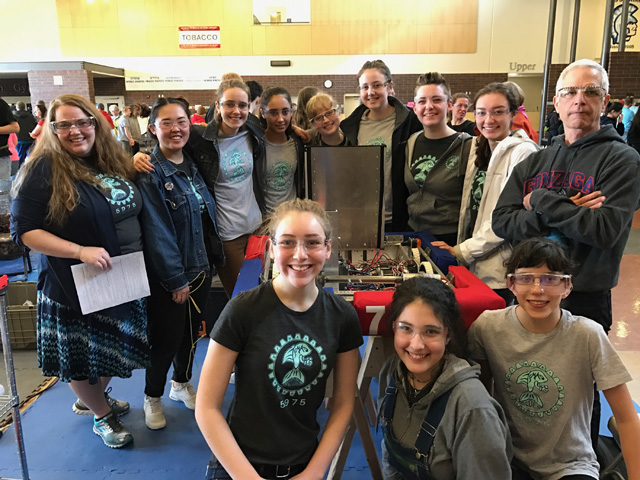 The SMA Beta Blues Robotics Team is a FIRST Robotics Competition (FRC) team and the only all-girl team in Oregon. Members are introduced to principles of engineering, design, and programming while they work collaboratively to design, build, and program a robot within the framework of the annual FRC challenge.

The team has competed in events in both Oregon and Washington. Among their achievements are selection as Rookie All-Stars at their very first competition, helping their alliance place second at the Lake Oswego District Competition in their second year, and advancing to the Pacific Northwest District Championship in 2017.

Girls in Robotics from SuperBracker on Vimeo.

There are volunteer opportunities available to those who are interested in mentoring students in a wide variety of skills, ranging from engineering, design, programming, marketing, and more.