It took seconds for Mya to hear her name announced as Rose Festival Queen, but years Mya spent dreaming of that very moment.

This past June, Mya Brazile ’19 won Portland Rose City Festival Queen among fourteen other nominees from local high schools, making her the sixth student from St. Mary’s Academy to be crowned Queen. “I am happy that I could give St. Mary’s another Queen. Their love and support through all of this has been nothing short of amazing,” Mya said. 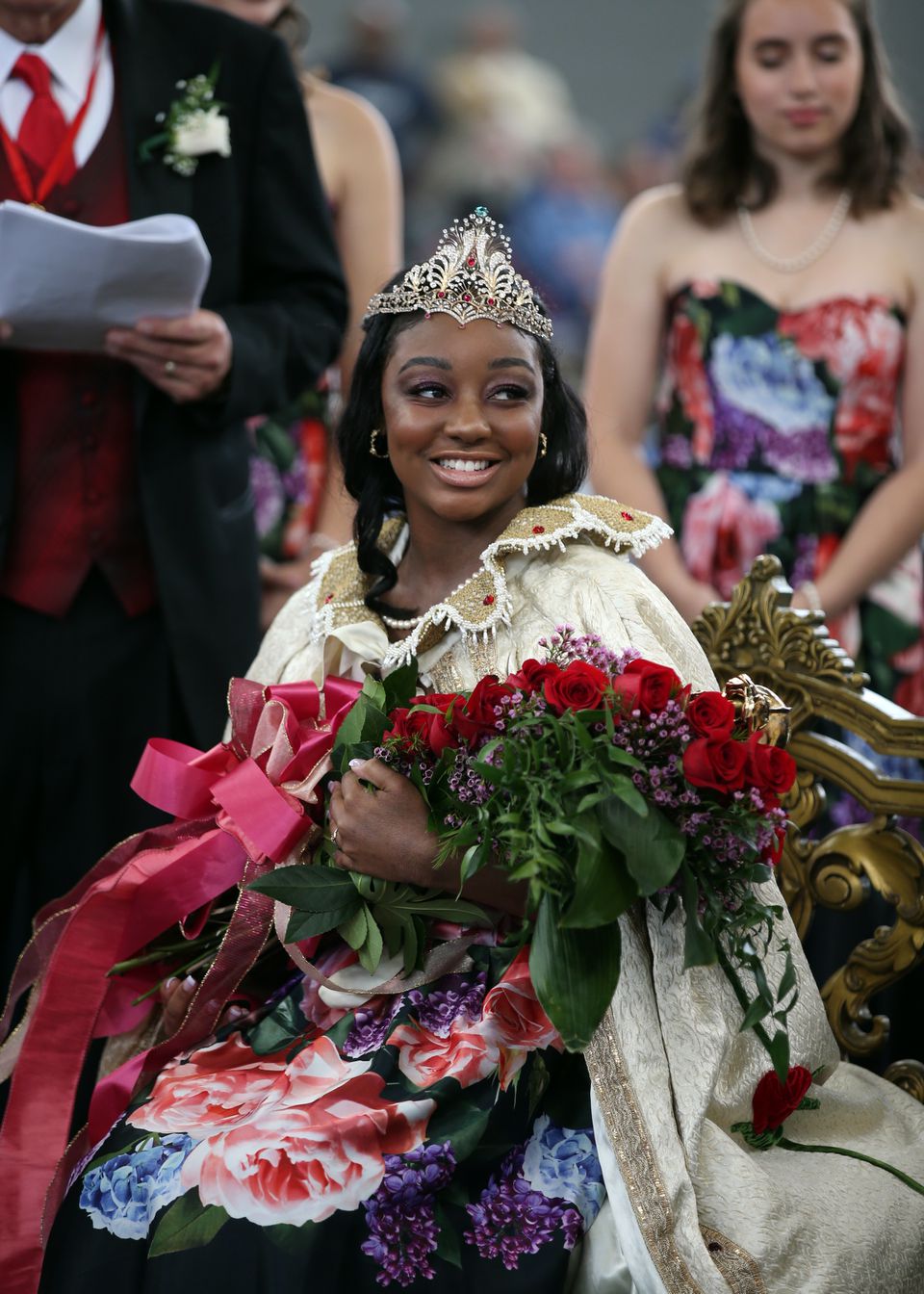 St. Mary’s Academy held a celebration for Mya following her win that was a Rose Festival star-studded event. Among the guests were Royal Rosarians, Rose Festival board members, and former SMA Queens including the last crowned SMA Queen, Kristin Russo ’96.

Mya’s former teachers, coaches and mentors spoke at the event and others who have known Mya since she was young, including Rose Festival board member and SMA alumna, Karis Stoudemire-Phillips ’94. “Mya is and has always been Queen material, her extended family have poured love, faith, confidence, dignity, poise, determination, leadership and so much kindness into Mya,” Karis said.

Michelle Taylor, Dean of Leadership and Student Activities, who worked close with Mya during her running, was also a guest speaker at the event. She recalled the very moment Mya approached her with the vision and determination to run for court, “Mya came to me as a junior wanting to run for Rose Festival Queen and right then I knew we were going all the way. I always knew she was going to be Queen.” 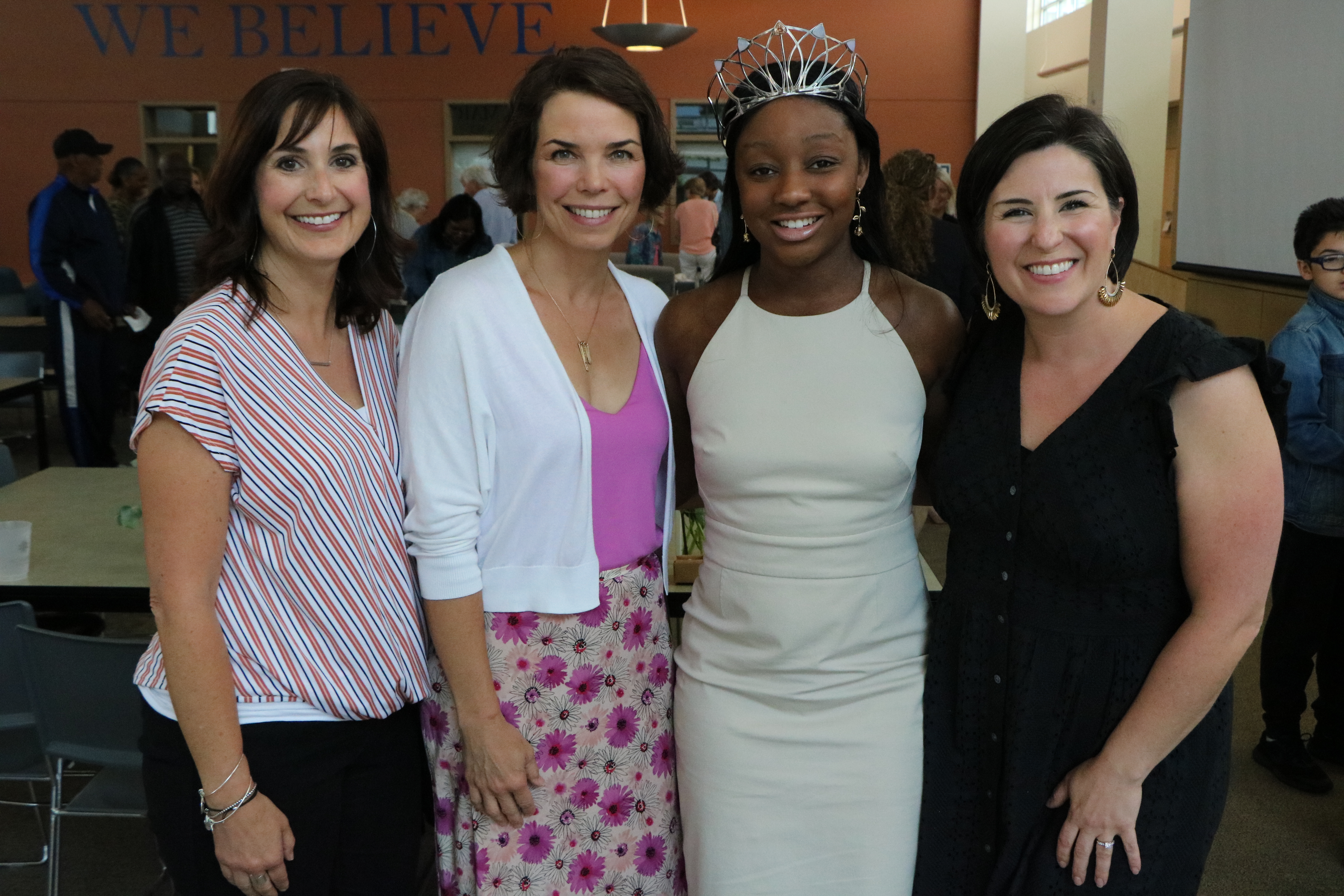 In addition to congratulating Mya, speakers took a moment to talk about the impact she left behind at SMA. She was involved in everything from leadership and sports to club activities and made a name for herself by empowering those around her. “It’s not always the easiest route to take a stand on something you believe in, but I witnessed Mya multiple times in leadership take a stand on something. Mya would stand with integrity and really make the call while remaining empathetic,” Michelle said.

Now, Mya will embark on a new journey of service and leadership as she reigns on as Queen for a full year representing Portland and St. Mary’s Academy. “Though I will carry the title as Queen of Rosaria, this has never been about me. I ran for Princess and Queen for my communities. I wanted to give back to them, for they have given me so much. My favorite moments have been when little girls come up to me and ask to take a picture. My heart beams when this happens, and I feel completely honored that I can be a role model for these young girls and truly someone they can look up too,” Mya said.

Mya will participate in parades and events across the Pacific Northwest from Hillsboro to Astoria, to Battle Ground and Pendleton and will visit Taiwan next February with members of the Rose Festival. “The journey thus far has been great. I love going to the different events and learning more about The Rose Festival and its rich history that runs throughout Portland and beyond. It is a festival that many look forward to each year, and it really unifies our city.”

Mya will make one more stop to SMA when she makes a fall appearance in September for the Welcome Back Assembly. This upcoming semester, she will attend Concordia University where she will study Social Work and Computer Science while competing on their basketball team.