The St. Mary’s cross-country team opened their season with an impressive second place finish at the annual Bill Chapman Invitational. SMA junior, Fiona Lenth, stood out after taking first place among other solid performances by both the varsity and junior varsity runners. With a strong contingent from last year’s returning members, and the addition of promising new runners, the Blues look to continue their dominance in the Three Rivers League this season. 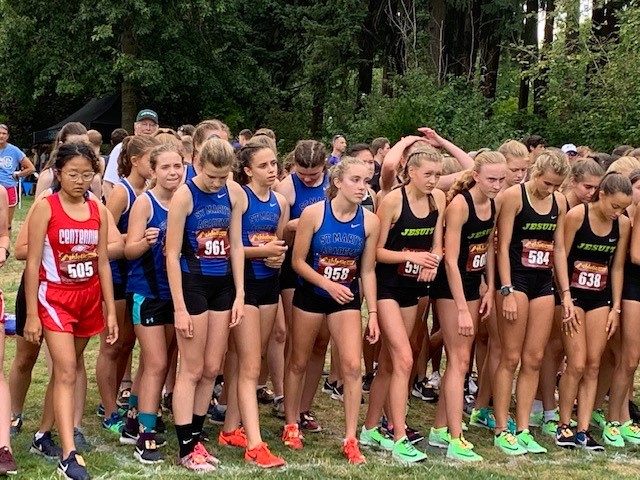 The JV2 team kicked off the season at the TRL Jamboree with impressive performances while showing great leadership by our sophomores. According to the team’s coaches, the girls got the rotation down well, displaying good serving and passing. Following are scores from the Jamboree:

Last week, the volleyball team set the tone for what the 2019 season will entail, and according to Coach Kelsey, she “was very pleased to say the least.” Despite going 0-4 in the jamboree, Coach Kelsey said the girls grew so much as a team with every set played. As they tried multiple combinations, the athletes adapted well to the changes while supporting and encouraging one another. They all stepped into their roles seamlessly and showed great effort and discipline through their game play. “This is a special group of athletes who are all dedicated to not only themselves but to one another, which will be a big factor in our success this season. We’re looking forward to a great year”, Coach Kelsey concluded. Go Blues!

On Tuesday, September 17 from 6:15 – 9 PM, SMA alongside CYO, will be hosting volleyball night inside of the gym. Enjoy free concessions, face painting, prizes and more. All are welcome!

St. Mary's soccer started their season in first-rate fashion with a win at home vs. Catlin Gabel.  JV came out strong to take an early lead and never let up.  Led by Juniors Audrey Chandler, Kassy Bonanno, Elsie Johnson and Haley King, the entire team contributed to a striking (no pun intended) win of 11-0 over Catlin's JV squad.

In the varsity game, the Blues were the clear aggressor in the first half, taking the lead with a goal by Senior and D1 commit (Loyola-Chicago) Olivia Rhodes.  Catlin reorganized and came back in the 2nd half with advancing force, taking lots of shots on goal but were unsuccessful as Junior keeper, Chella Fedota denied the Eagles the back of the net.  St. Mary's held on to win the match 1-0.

Next up is a road game against current state champions Jesuit High School on Monday, 9/9.  This match will test not only the skill level of the Blues but their focus and intensity, as well.  The team is looking forward to the challenge and using the big stage to address areas of their game that need polishing. 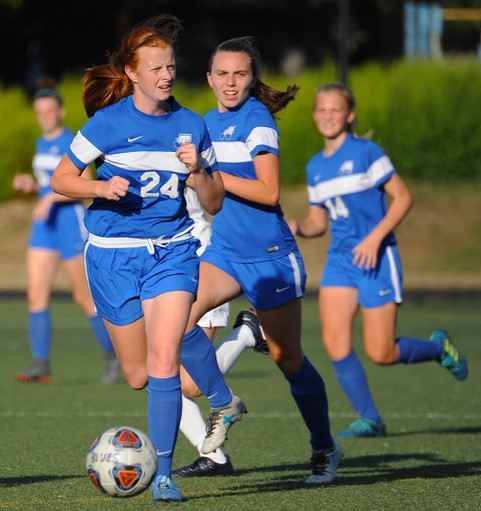 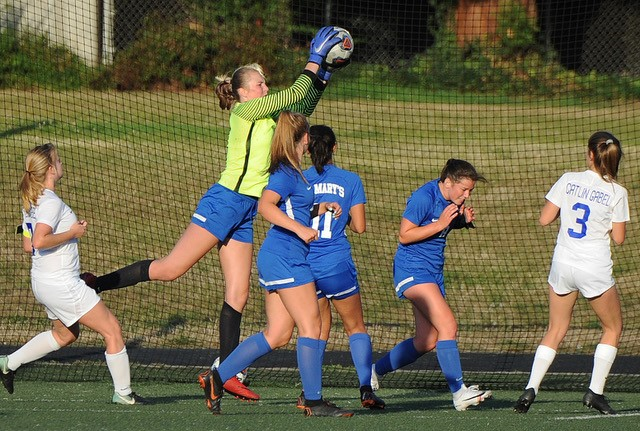 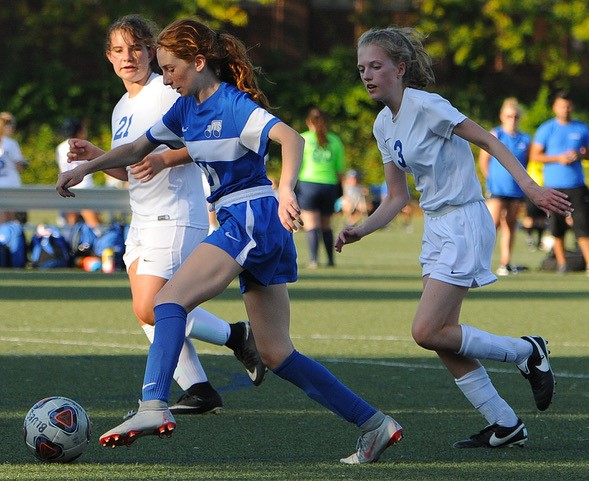