At the beginning of October, some of the new and returning Beta Blues robotics team members took last year’s robot to a small off-season competition, called Girls Gen, and had an outstanding performance. At the end of qualifying play, they were chosen to an alliance that went on to earn second place. 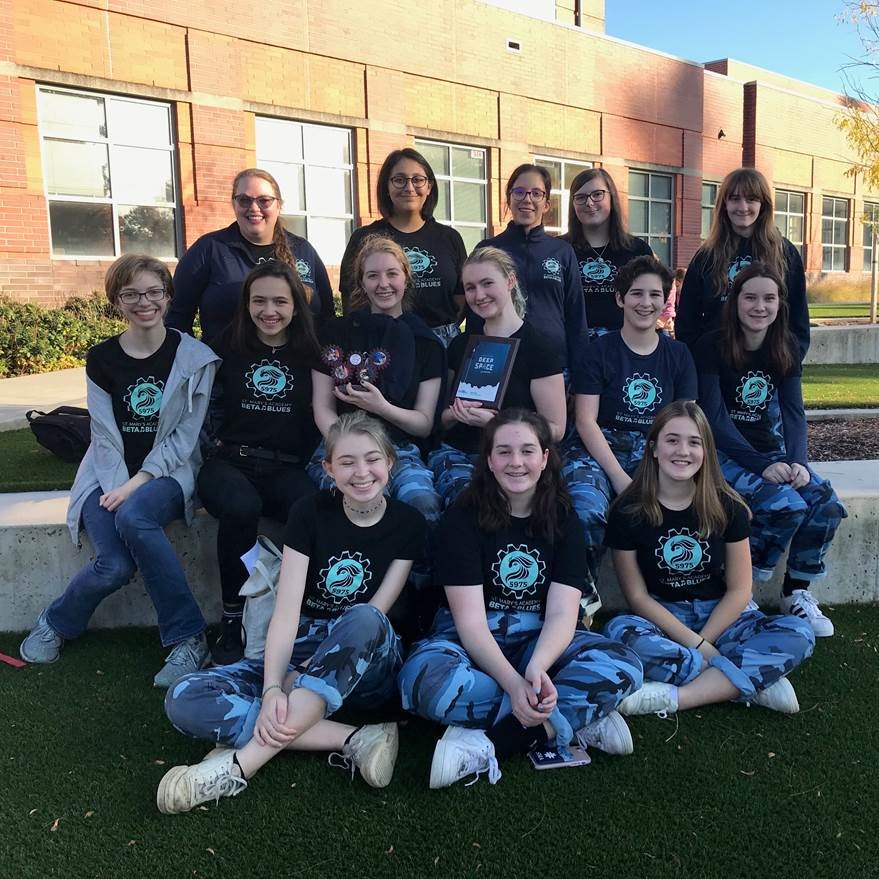 Never a group willing to be satisfied with “good enough”, they spent a chunk of last week refining their main mechanism to make it work even better than before. They also passed off control of the robot during game play to both new and returning members who had never driven in competition before.

The team was also awarded our team the Gracious Professionalism Award which “recognizes outstanding demonstration of the FIRST Core Values such as continuous Gracious Professionalism, working together both on and off the field of play. To win, a team must exemplify the principles of FIRST –fairness, humility, sharing, and persevering– and a winning attitude.” More significantly, the judges had this to say about our team: “This team stood out for their collaborative spirit and support of other teams. They encouraged the next generation of young women in robotics by being role models to our younger visitors today. No one around this team feels ‘blue’ because they draw on everyone’s strengths. They’ve built an inclusive team like a school of ‘betas.’”

"I am so proud of their performance, and the way they made everyone feel welcome and successful," said robotics head coach, Alexis Lund.